ROLL BACK THE YEARS
PRESENTS

We were the Atlantics then - we later aquired Bill Elwood, then Jack Billy & I teamed up with Dave Wilkins & Ian Hall to become the Fontanas. Contrary to what the website says I didn't leave the band to get married, managed to do both quite well, only had to leave when my day job took to me to distant parts (Sheffield!).

There I worked with a guy called Neil Hubbard who played with a singer called Joe Cocker, could have joined up but figured nobody with such a daft name would ever get anywhere..... 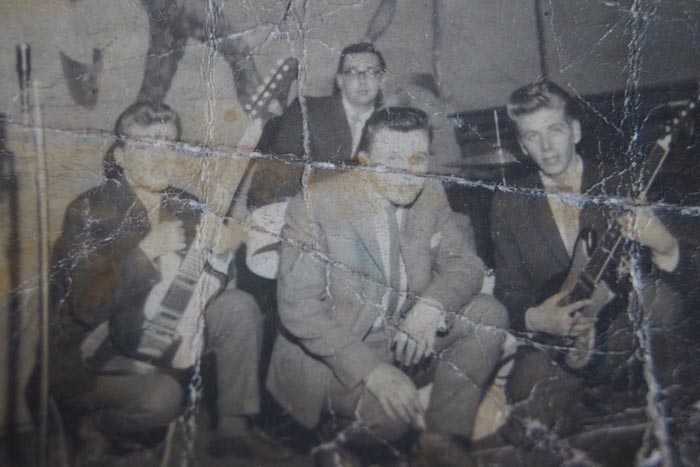 They are (l to r) me, Jack, Barrie Sowerby, Jimmy Alexander on drums
on stage at Crown & Anchor, Wakefield 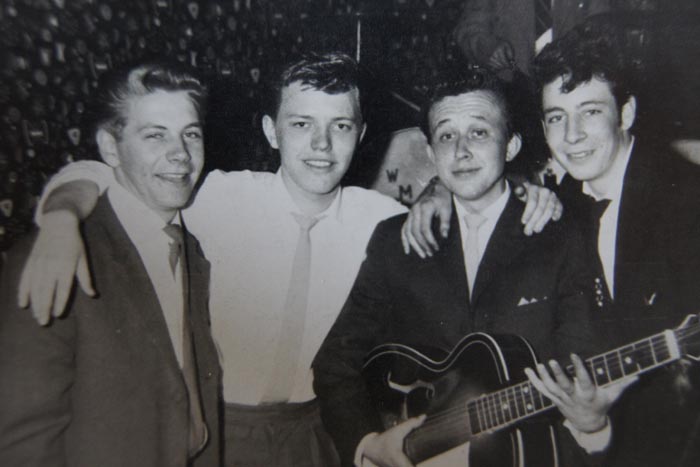 Barrie, me, Jack, Frank Shepherd (who was a wannabee vocalist - the girls liked him but not in Jack's league as a singer) offstage at the same venue