Roll Back The Years Presents

Vince Webb and The Fontanas

go to The Fontanas reunion page 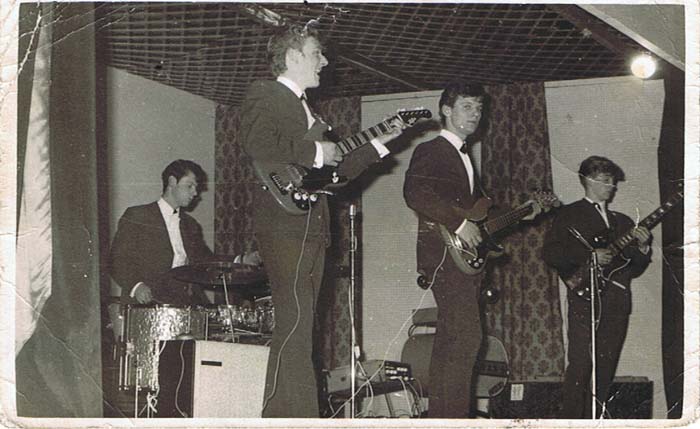 left to right is Pete Myers - drums (I think the drum kit was premier), Dave Braim - rhythm guitar (he played a Hofner), then myself - bas (Fender Precision) and last but not least Johnny Welsby - lead guitar (he played a Gibson) unfortunately no pictures of Vince Webb alias Jack Webb
BEST REGARDS
BOB GOLDTHORPE 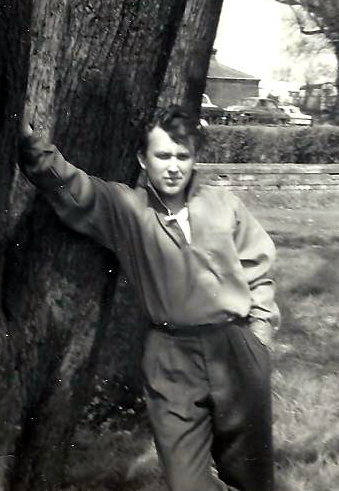 and here's a newer picture of Peter

Hi Pete,Dave Wilkins here, thanks for the reply. I get the feeling we might have met, from the old photo of your self on your web site.
The photo you have of Vince Webb & The Fontanas was interesting, as I started the group up with Jack "Vince" Webb on vocals, Don Dyas lead guitar, Billy Ellwood on bass, Ian "Juice" Hall on drums, and yours truly on rhythm guitar.
We broke up after Don Dyas decided to get engaged and left the band. That was in 1963. The only one I have seen since then was Ian Hall, we bumped into each other at an auction 7 years ago. He now lives in Mirfield, and owns a furniture shop.
I joined a band from Harrogate called the Apaches, but didn't stay long, it was too far to travel. The bands main claim to fame was appearing on the same bill as the Beatles at Harrogates Royal Hall, Friday March 8th 1963. The Apaches opened the show. I started another Wakefield band, with a terrific drummer named Tony Way, but had started to lose interest in the local scene. Tried out in London for a couple of months, nothing happened, came home and sold all my gear.
2 years later, I started working at the Savoy Club, Wakefield, and then at the Wakefield Theatre Club, as Stage Manager. That way, I finally got to work with all my rock n roll heroes!!! The Shadows, Adam Faith, Billy Fury, Marty Wilde (my best man!!) The Crickets (awesome) and many many more. In the mid 70's, I went to work for a top London Management Agency, and went on the road as producer, specialising in lighting... took me all over the world for a few years. Finally settled down in 1980. I now live in Doncaster. I would love to meet up with Bob "Trigger" Goldthorpe, and Johnny Welsby again. Or Stuart and Ray from the Victors. Perhaps you could pass on my email address.
I have lots of stories of those times, and I think I may have a few pictures! I still have a copy of the one of Bob, Johnny, Ronnie Storm and me with the "lovely" Irene. Taken in 1962 February at Stanley Youth Club!

Around the beginning of 1960, a group of lads from the Crofton/Sharlston area of Wakefield decided to form a band (or group, as we called them). The name of this band was to be The Atlantics, and personnel was Jack "Vince" Webb (vocals), Don Dyas lead guitar, Barry Sowerby rythm guitar, Bill Elwood bass guitar, and Jimmy Alexander drums. They quickly put a few songs together, and started to play local pubs and clubs, most notably The Crown & Anchor in Kirkgate, Wakefield. This was one of the roughest pubs in the North of England. A bit like the pub in The Blues Brothers, with chicken wire in front of the stage! Friday night was fight night!

Then Barry and Jimmy left the band, and Ian "Deuce" Hall and myself were invited to join, as drummer and rythm guitar respectively. Ian had a little Austin 7 van, which we all squeezed into (probably setting a world record for that type of vehicle!) and I had a nice shiny new Vox AC30TB amp, which is probably why we got the gig! :-) The band changed it's name to Vince Webb & The Fontanas, and continued to play around Wakefield. We used to practice in the village hall in Crofton, and one night, it was so cold the pipes had burst, and the entire floor was covered in ice! We would do one song, then dash into the kitchen area, and warm our fingers over a single gas ring! Those were the days! The band was getting pretty good, when Don Dyas announced he was leaving, going off to live and work in Sheffield. That was like the other side of the moon when you had very little transport! Bill Elwood decided that he had had enough of bands splitting up, and "retired". Ian Hall used this as his excuse to leave, and joined The Trevels (another Wakefield band) for a short time, before calling it a day. Nowadays he plays mandolin, a far cry from lugging a drum kit around. He sight reads tabs ! How good is that?

Jack Webb and I looked around for another band, and met up with Johnny Welsby (lead guitar) Bob Goldthorpe (bass guita) and Bob Shaw (drums). They were the "engineroom" in Ronnie Storms band, The Stormbeats. Although we called the new band the Fontanas, we still backed Ronnie occasionally, as he was a whizz at finding obscure working men's clubs gigs!After a two year spell with the band, I left, and Pete Bradley took my place. Bob Shaw also left, and he was replaced by Pete Myers on drums. Bob went on to be part of The Diamond Boys, a great music/comedy trio, and then eventually to spend 20 years in Benidorm, as a succesful stand up comic!!

At this stage, Pete, you will have to fill this out, and complete, as I dropped off the planet! I believe that Dave Braim followed you into the band?
At some point in the mid 60's, John Welsby was offered a summer season in the Isle of Man, and left the band, only to re-join on his return. I believe the band went on for another couple of years before finally splitting up? Bob could probably fill you in on that era.

if you have any more on these guys get in touch - pete@rollbackthyears.co.uk 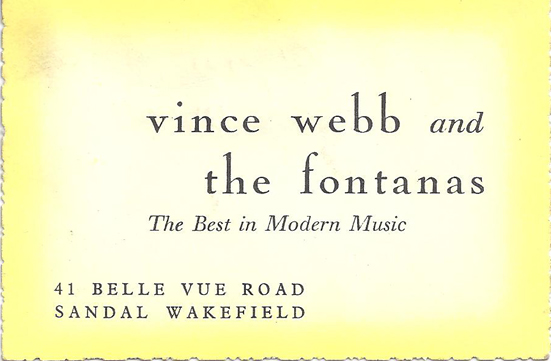