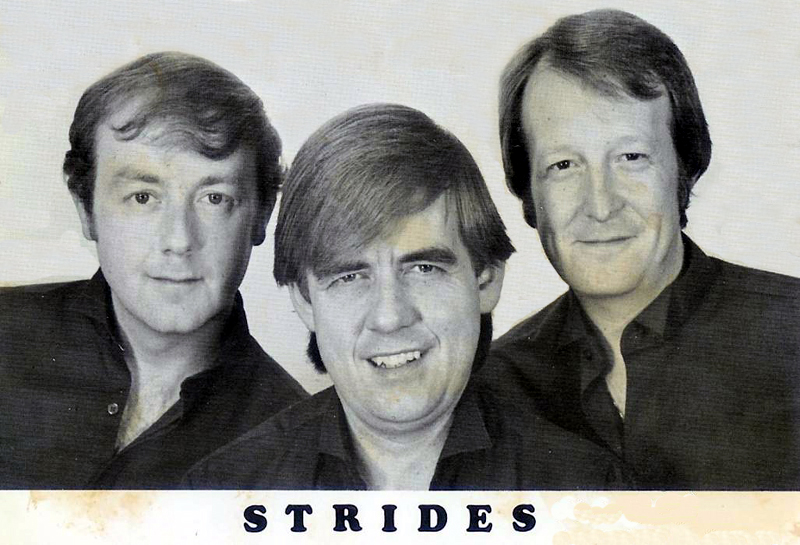 Strides were a trio performing mainly 50s and 60s music and were active from 1982 to 1985.
The trio were originally Brian Thompson, guitar and vocal, Andy James (bass) and Steve Hart (drums). Steve England took over as drummer for the majority of the band's gigs.
Based in Bradford, the trio performed nearly 350 gigs in the three years they were active, mainly in West Yorkshire, Derbyshire, Nottinghamshire and Lincolnshire.
In 1985 the trio decided amicably to go their separate ways. In the next year, Brian Thompson became a founder member of 'Sixties Mix', a band which is still performing today.