The Storms from Ilkeston 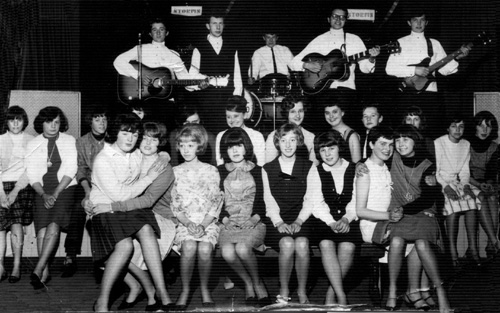 Hi.My name is John Greatorex.
I was once a member of a band called Rockface.
However, I have been in several bands since the age of sixteen.
The first band performed under the name of The Storms and was formed around 1962.
The band members were; Dave "Chick" Hicking (vocals), John Greatorex (lead guitar), Alan Davis (bass), Dave Grainger (rhythm guitar), Dave "Bullet" Shooter (drums).
They appear on the photo from left to right as;John Greatorex, Dave Hicking, Dave Shooter, Dave Grainger, Alan Davis

roll back the years | most wanted poster | home