John McGrath writes :-
The band in the photo are "The Outer Limits".The band was formed in 1964 in Ossett and made quite an impact locally.There were not many bands around that played for kids, or that is kids under 18 who could not go in pubs and clubs.We played at "The Shed" every Saturday on South Parade Ossett.Our singer resembled Mick Jagger so this added to the groups popularity. 3 of the 5 went on to play in "Mo and the Rockits"at different time periods. These were ,Tony,Brian and Johnny. 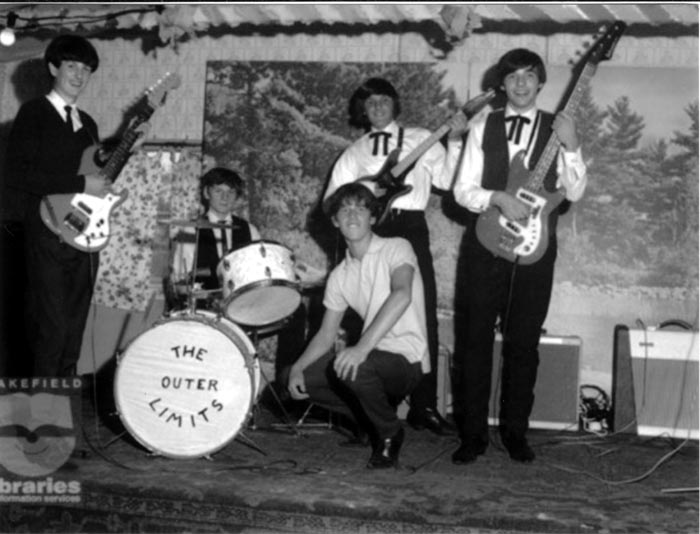