Mo and the Rockits 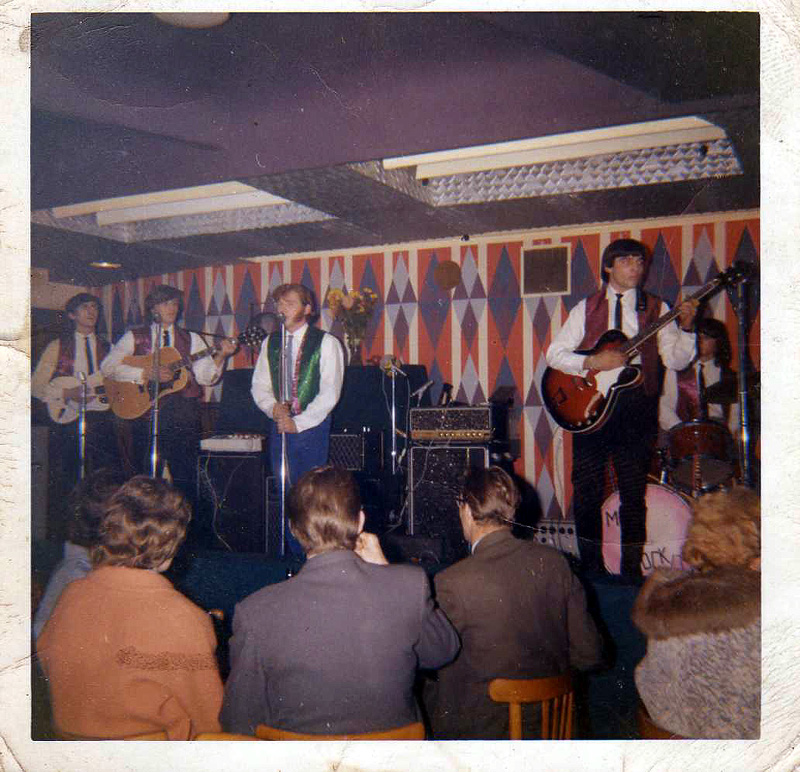 Jeff Sykes says:- Just looked in and found your page. Wow. I played bass with the Rockits early days. Pete Fox was lead and my bro was rhythm. Bryan Clayton was on drums and then Tash Armitage took over. There is some pics taken of us at Ossett Community Centre somewhere. Will ask Al if he has them..

Darren Whiteley says :- Just found your site and amazingly the band my dad played in is on here (there),
My dad was the bass player with Mo and the Rockets,
I know the lead singers name was Mo Pickles who was the son of a local well known clown from Wakefield called Ted Pickles.
My dads name is Richard Whiteley (not the guy from Countdown!).

John McGrath writes :- also see The Outer Limits
I stumbled upon your site today after attending the "Celabration of Life" for Dil Shaw. Dil died suddenly 15th August 2012, he was 65. At the gathering were
many musicians and one gave a talk on Dil's life. He was Sammy King of "Sammy King and The Voltairs", they were a very sucessful band in the 60s,as can be seen on your site.

When I got home I had to look up Sammy King on the net and found your site. I was pleased to see "Mo & The Rockets", misspelt and should read "Mo & The Rockits" now corrected ...ed). I was the bassist from 1964 after leaving "The Outer Limits"a new young band also from Ossett.

Back then we wore drape jackets (Teddy Boy Jackets). Mo owned these and had numerous drapes in yellow,red ,blue etc. One summer day in 67 or 68 we all went to a free gig at "The Bandstand" in Thornes Park Wakefield. Your old bandmate Bill Nelson was performing with his then band,"Flagship" I think. It was a great show.The Wakefield Express commented on a gang of "Teddy Boys" turned up, but happily there was no trouble.HaHa.

I had auditioned,sucessfuly with Bill Nelson in 1967 for what was, I think his first band. I got the chance to go to play in Germany with "Infrared"so I chose that course.

By the way Dil Shaw first started as "Dil & Jan" and later Dil & Jan and "The Pebbles". As Dil & Jan" in the very early 60s they played Everley Brothers stuff and today Sammy King said - They sang better than the Everley Bothers, I also said that in 1963 when I heard a tape of them. Dil was still performing and had recently done a annual gig with "Sound Attrations".

I have enclosed a pic of Mo & The Rockits which was took at Jimmy Windsors Club in Leeds,1965. The band members at the time were: l to r , Pete Fox (Lead Guitar), Brian Hay (Rythm Guitar), Mo Pickles (Vocals), Me, John McGrath (Bass), Roger Armitage,deceased (Drums)

if you have anything on these guys get in touch - pete@rollbackthyears.co.uk