Roll Back The Years 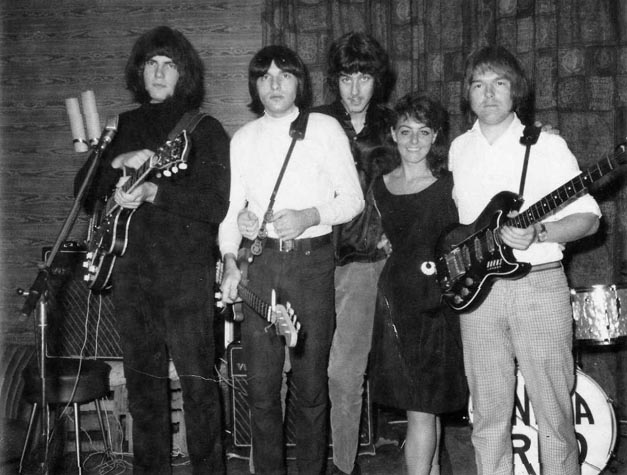 In the picture from l to r is Mick Jaques (lead guitar/vocals) John McGrath(Bass/backing vocals) John Briggs(Drums) and Lawrie Morris (Rythm Guitar/Vocals).
ps The girl was a waitress in The Tanz Bar Modern,Giessen,Frankfurt,summer 1967.

Mick Jaques went on to join "Curved Air" in 1975.He now lives in France.
John McGrath ,last band was "Flood" .Now retired in Malton and collects USA basses.
John Briggs lives in Scarborough and plays with "Dustin The Blues"
Lawrie Morris he lives in Mirfield and has been active in bands ,duo's and solo.Last band was "Jeepster"