Roll Back The Years Presents 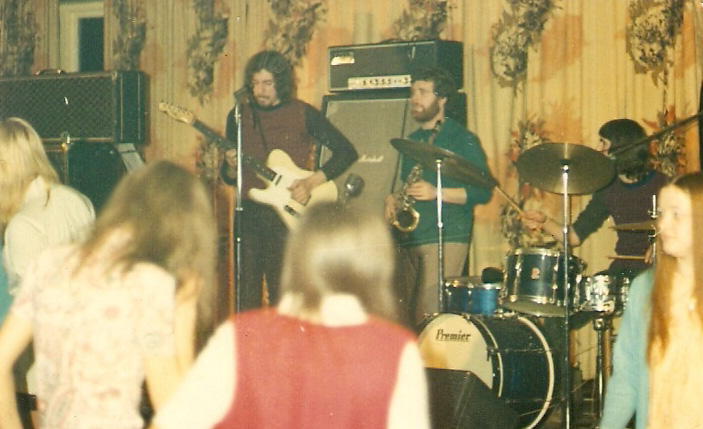 Band info: Leeds based, gigged from around 72 until 76. Material: blues, rock, jazzy / latin flavoured stuff, with lots of excellent impro interplay between Dave Malcolm and Mick Smithson. When we occasionally ran out of numbers, Mick would get his tin whistle out and we would do a half hour or so of jigs, reels and Irish drinking songs!
Great fun had by all!
Personnel (gig shots taken at the Bridge Inn, Kirkstall, Leeds, circa 74): Guitar/Keyboards/Vocals:Dave Malcolm, Alto/Flute/Tin Whistle/Banjo/Vocals: Mick Smithson, Drums/Vocals: Dave Hatfield, Bass/Vocals: Dave Bruce 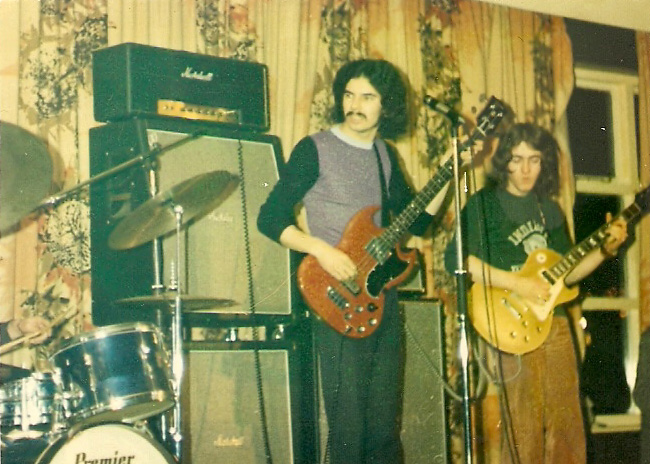 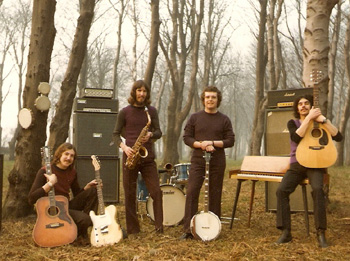 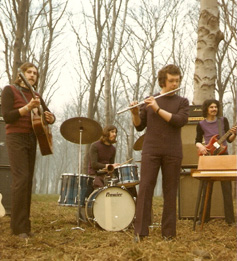 Hobgoblin promo shots (circa 72): L-R: Dave Malcolm, Dave Hatfield, Mick Smithson, Dave Bruce.
More recently: From around 1979 until 2000, Dave M, B & H, existed as a for-fun-only trio, that jammed regularly (but didn't gig, due to other commitments). During this period, Dave Bruce (lyricist) and Dave Malcolm (music) became a songwriting team, producing and home demo-ing many numbers in a broad range of styles. Dave Bruce emigrated to New Zealand in 2003. Although he had worked as a pro on the continent in the late 60s / early 70s, Mick Smithson retired from playing in the mid 70s and (to our knowledge) didn't return it it.
In 1989 the three Daves (+ Steve Flemingham on guitar / vocals) played a one-off gig as Python, at Mr Craig's nightclub in Leeds, as part of the 10th Anniversary celebrations for guitarist friend Bob Deakin's Leeds music shop, Alpha Music. See picture under Python.

home | roll back the years