The Fairy Tales were an amalgamation of two Leeds groups, The Strangers and The Changeovers. They were formed in 1966 and performed around Yorkshire playing mainly in dancehalls and on the Mecca circuit. In June 1966 the band who consisted of Geoff Ashford singer and lead guitarist, Bob Salt bass, Frank Jackson organ and Terry Silkstone drums played the Star Palast circuit in Germany for two months. In February of 1967 they were offered and signed a recording contract with CBS Records under the direction of producer Irving Martin. Later that year the band, disappointed with the lack of success, decided to disband. Terry and Frank played in a band called The Latest News for a couple of years. Geoff Ashford continued in the business and went on to have recording and publishing contracts with Decca, RAK, Warner Brothers and ATV. In 1985 Geoff won the TDK Award for his song "Rags To Riches" and now writes music for T.V as well as performing and recording new country. His latest album "Shades Of Country" was well received by the media and one of the songs "The Lasting Kind" was No 1 in the Vitaminic USA modern country chart. 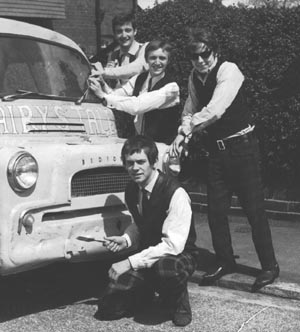 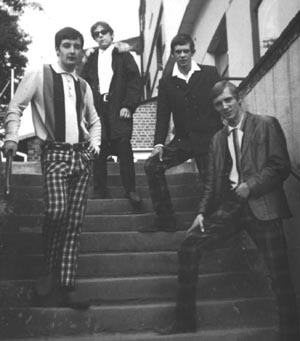